Bringing Up Baby is probably a perfect romantic comedy, with the normally-dapper and -composed Cary Grant playing an aloof and wholly unromantic scientist while the lean and seductive Katherine Hepburn plays a slightly-less aloof ditz, and the story is almost miraculously clever, with the way that consequences accumulate and plot elements bend back on themselves with such neatness and pacing but, that being said, I didn’t find it funny, had to force myself through it, and I don’t think I ever wanna see it again – which isn’t the movie’s fault. I don’t have any real complaints about the talent on display. It’s just that, on top of not being too interesting to me personally (I get cynical when a movie sells as its principal charm the fact that its stars, glamorous people at the top of our culture, are lowering themselves to play fools), I’m also in a bit of a mood. Right now the concern is money, and finding more work, and needing to move out but not knowing where to go because even the frumpiest bullet-pocked apartments in Miami charge, in rent, just about what I earn in a month. I don’t hate working at the restaurant, but I do hate the idea of needing to go back to one. So, yeah, I’m in a funk and maybe the funk influenced how I saw the movie. That’s one perspective. But then again: with the dread of all this lording over me I think I sat down to Bringing Up Baby in a prime mood for just the sort of movie it’s trying to be. So why did I feel condescended to? Why does it feel so cold? 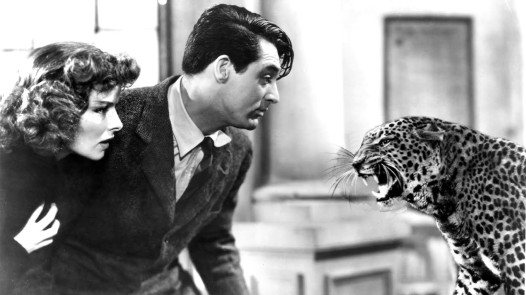 As a result of this, the movie plays like a really clever piece of sketch comedy. Cary Grant, in possession of a huge dinosaur bone (mhm) that he needs to transport, meets Hepburn’s character, who’s come into the possession of a panther named Baby. Hijinks ensue. Her giant cat gets his bone. Worse than feeling like sketch comedy or porn, Bringing Up Baby feels like a vanity project, like when actors do some hokey back-and-forth on stage at the Academy Awards, the man playing a more vain and stupid version of himself, and the massive audience full of his glittering millionaire friends laughing and applauding like “oh good heavens how droll!” 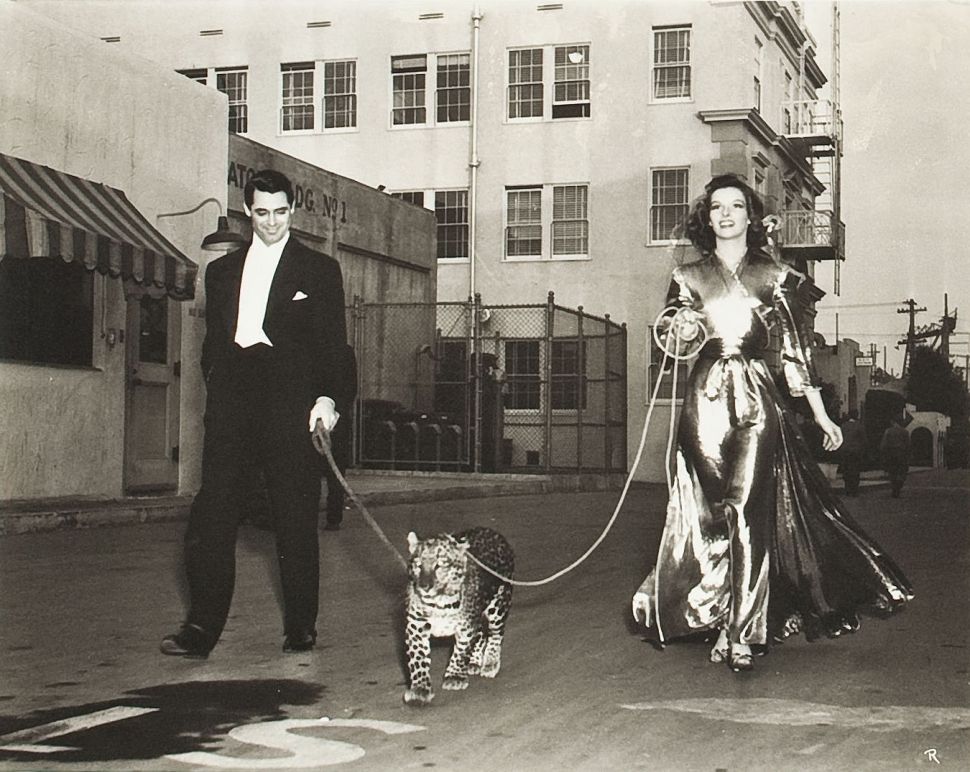 Cheers to making a clever and effective romantic comedy, something that’s stood the test of time and will probably continue to do so, but it’s not for me.