I’m so in love with this movie and with Rita Hayworth in it, I’ve watched the whole thing eight or nine times at this point — in part because I like it so much but mainly cuz I was hosting a screening of Gilda at Tea & poets a few months ago, at the cost of $135 outta pocket, and only three people showed up. Rosie and one of her friends and a colleague. Rosie had an assignment due that night so she had to sit in the back doing work while the movie played. So technically only two others.

It’s touching to know I’ve got a support network for this sorta thing — but I was also super embarrassed. Felt like I’d just had a major public failure in front of three people whose opinions I value. I wanted to stop the movie and go home but I knew that it would’ve looked terrible. So I let it play, biting my tongue, eventually getting into the movie again and, with the help of a lot of beer, enjoying myself.

Gilda‘s about a professional hustler, a guy named Frank (John Garfield) who cheats at dice and other back-alley games, and when Frank gets friendly with the owner of a local casino, eventually falling to the guy’s employ and becoming a business partner, he’s made icy and nervous to find that the boss’s new fiance is Gilda — Frank’s former beau. They clearly still have feelings for one another and start right away in trading barbs. Flustered, unrequited love. 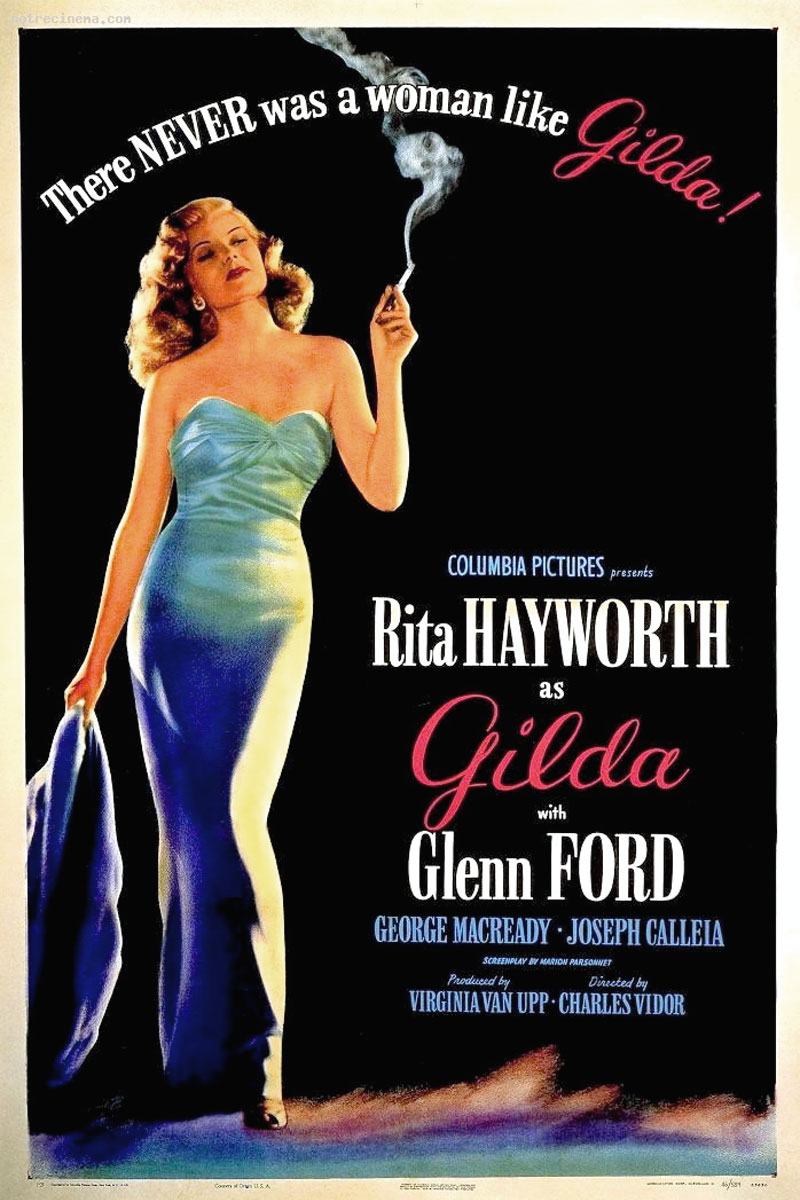 Meanwhile the casino owner, Gilda’s new fiance, is running afoul of some German thugs. Guns are pulled and eventually the casino owner fakes his death in a public spectacle. Thinking he’s dead, Frank and GIlda fall back into each other’s arms. They get married and Frank uses their marriage as grounds to abuse and insult her. Keep her captive. It’s a vengeance marriage. He’s a monster. He inherits the casino, as well, and rules it with an iron hand until the former owner turns up again, gun in hand, making demands.

It’s a film noir and, apart from landing in my top 25 favorite movies from the List so far, it’s also among the best noir on the List to date, up there with Mildred Pierce and Double Indemnity. And it’s fucking gorgeous. the use of shadows is artful and moody and while the cast is quite small, so that the movie feels as intimate as small-budget thrillers like Cat People and Detour, there are dozens of extras filing in and out of the casino and the whole production looks super elegant, stylish — not quite expensive, but not cheap either. 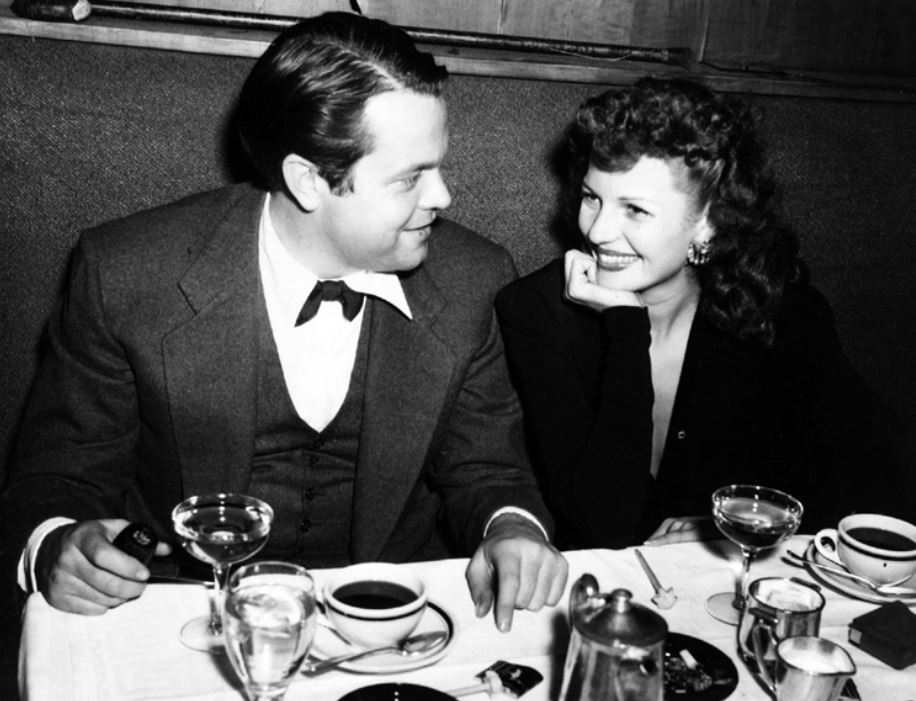 Rita Hayworth is the breakout star here — to a haunting degree. She was married to Orson Welles at the time that she made this, and for a little while afterward, but when she got back into the dating scene afterward she found that “men went to bed with Gilda and woke up with me.” The character was so iconic it followed her around, haunted her, and I’m wondering if it might have become one of the things that so compelled her to Welles even after the separation, is that he too was haunted by a role from his past: Charles Foster Kane. They were both trying to outdo themselves. And even though Hayworth was already a bit of a star when she made Gilda, having appeared in a musical alongside Fred Astaire called You Were Never Lovelier, but I’d figure there’s also a strong bond forged to the person who loved and married you before you embodied this role that, in the public’s eye, appears to’ve eclipsed your identity.

I forgot where I read this, it might have been one of the Welles biographies, but I saw somebody was saying that the reason actors can be so uncharactersitcally temperamental on set is because they’re having to conjure strong emotions out of some deep place in their head and, having to sometimes do it again and again for so many takes, it can tilt the scales of, like, their mental stability. Not permanently, of course, just on the set. but still. That explanation reminded me of something Norman mailer said about spies, which is that a good spy is somebody who’s had an identity crisis and conquered it.

Maybe an actor is the same way. I’ve read a lot of Hollywood history and movie criticism and directors’ biographies in the course of the Project but, with the exception of a Chaplin book and another about Cary Grant, haven’t really tackled any tomes about actors. I oughta. Anyway — what I’ve kinda surmised from anecdotes is that they do seem to pursue the company of one another.

Now maybe that’s just a Hollywood thing, an industry relationship more so than a bond among craftsmen, but when I read, for instance, about the marriage/partnership between Laurence Olivier and Vivien Leigh, or in this case Welles and Hayworth, I figure that a large part of what makes them so compatible is an understanding of the profession’s rigors, of having to spend eighteen hours at the theater for a show or three months overseas for a shoot, but I’d like to think, too, that part of it is a union of that strangely fluid emotional terrain they explore in their work, where one’s feelings are as aligned and accessible as books on a shelf.

But I’m sure I’m romanticizing it. Actors are probably as fucked up and closed off and repressed as the rest of us. They probably need to repress and stockpile emotions in order to find them at their fingertips before the camera.