I Know Where I’m Going is charming and exciting at times, and the photography rivals Gregg Toland’s work in Grapes of Wrath and Citizen Kane (novelist Jonathan Lethem makes an interesting observation by referring to it as one of the great movies about weather), but the story didn’t do much for me — mainly cuz I didn’t believe in the romance that operates at the heart of it. But it’s a good movie for sure. No getting around that.

It may have proven especially taxing because, having the morning and afternoon to myself, this is the third movie I’ve watched today, all of them in quick succession between 11 a.m. and 4:30 at Tea & Poets. Took a short break between each movie for a walk around the mall. By the time I’d reached the movies’ one-hour mark I’d realized I wasn’t gonna end up liking it but, to make me even more restless, my head was starting to ache from the earbuds, and my vision was kinda starting to blur, and my but was numb and my wrist was hurting (still is) from all of the notetaking. The general discomfort yielded questions about whether I should maybe just stop, finish the movie tomorrow — and that, in turn, reminded me of this interview I once heard with the novelist John Irving. 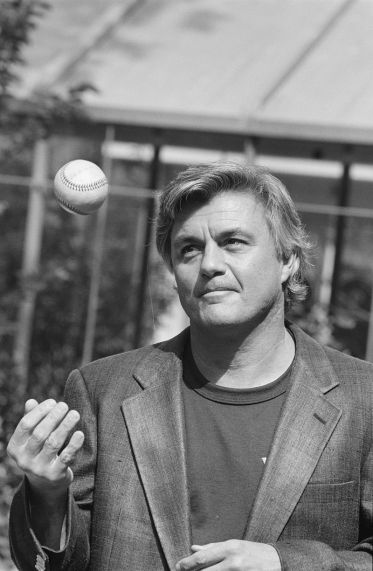 For a good chunk of his adult life, Irving was only moonlighting as a writer. He had a day job coaching a high school wrestling team. And in the interview he talks about being able, after the publication and success of his book The World According to Garp, to quit coaching and work full-time as a writer. Then he discovered an interesting obstacle: he’d only ever been allowed to work at his writing for two or three hours at a time on weeknights and weekends. Now he was suddenly tasked with working on novels for seven or eight hours a day, and he was discouraged to find that his creativity couldn’t seem to rise to the challenge. It was too long a stretch. He’d sit at the desk and work for three hours, it wouldn’t even be time for lunch, and his imagination would just…stop. He started questioning his future, freaking out, wondering if he was living above his means all of a sudden and if he’d have to go back to coaching. Took a while, he said, before he was able to dig his boots deep into the process and make an eight-hour day of it.

This is my first time watching three movies in a row, then sitting down to start work on essays immediately afterward, and I think I’ll go for a fourth one when I get home this evening at around 8. I was wondering: if by some crazy stroke of luck I was able to get an agent in the next couple months who was willing to represent Horny Nuns, and if I got a decent publishing deal shortly thereafter, and if I was suddenly capable — if meagerly! — of supporting myself, and living on my own, without a full-time job, would I have the stamina or discipline to make Thousand Movie Project my full-time job? Would I have it in me to watch three or four movies a day, and write about them? Because here I am at the end of just such a work day and I feel neither more nor less tired than I do at the end of an eight-hour shift at the college. This and next week are mine to do with as I please, so I’ll see if I can keep it up.

But anyway. I Know What I Want is a British film about Joan Webber (Wendy Hiller) who, from the opening credits, is shown as a little girl, and then a teen, and then a young woman who — as she demonstrates with a string of haughty and entitled directives to one person or another — knows what she wants. A wonderful montage carries us swiftly through the first fifteen minutes and to the movie’s main action: as a beautiful and stately adult she’s engaged to the wealthiest man on a tough-to-reach island by Ireland. Early in her journey, on a train, she sleeps by the celestial glow of a plastic garment bag through which her wedding dress gleams. She dreams that she’s marrying not a man (the millionaire to whom she’s engaged) but his wealth (generated by the chemical plant he owns). She envisions plumes of cash raining down on her.

Joan’s journey is interrupted when gale-force winds keep her from taking a boat from one of the transitory islands to her actual destination. Here, in a small Irish village with a humble but intimate citizenry, she passes time in the company of the magnificently-named Torquil McNeil (Roger Livesey). He’s dashing, cordial, smart and handy. It’s clear right away that a romance could conceivably brew here, but it never feels romantic, and when finally they hook up at the very end of the movie it feels predictable and un-earned.

It was hard to figure what exactly this movie is about, or what it’s trying to accomplish, but it does belong to that camp of romances that are also like travelogues, glorifying the humble simplicity of some distant rustic or rural place and its charming history. But is the movie’s title meant to suggest that Joan only thinks she knows what she wants? Cuz she’s pursuing some rich fuddy-duddy on an island while getting the hots here for Torquil.

If so, then what’s to be made of the glorious little village? Is their collective humility to be the thing that teaches her to know what she really wants? Also there’s a myth being told and retold throughout the movie, something to do with a man becoming romantically entangled and spending an eternity in the tethers of love. Not sure what they’re getting at there — or if it’s all way simpler than I’m giving it credit for. Because I was also scratching my head about a sub-plot involving a falconer whose beloved bird flies off and gets wrongfully accused of killing sheep (it isn’t the bird that does the killing, but a fox). Is the doddering old falconer the manifestation of a metaphor, or comic relief?

I guess one of my big issues is that — beautiful though it is — I can’t tell how high- or low-brow the story is trying to be.

Begs the question: should the filmmaker’s aspirations toward profundity, or lack thereof, be a deciding factor in whether I expend the effort in seeking profundity? The fact that I’ve got 1001 movies to watch does seem to influence that decision. I’m in a bit of a hurry, see? If you’ve got something to say, then say it.

But I’m also here to learn.

We’ll see. Maybe I’ll revisit this, or it’ll flash back into my head in some urgent way while I’m shaving and then everything will make sense.

For now, I’m feeling an appreciative disinterest. (Except, I should mention, there’s this one legitimately exciting scene where Joan and Torquil try driving a small boat through a storm. It’s not quite worth the price of entry, but it’s a lark.)