I mentioned in the essay for Footlight Parade how surprising it was to see Cagney switch from his debut as a persuasively loathesome psychopath in Public Enemy to the role of a flamboyant, compassionate, enthusiastic dancer. He played both roles really well and while I don’t quite agree with Orson Welles, who argued that Cagney was probably the greatest actor to ever grace the screen because he was always 100% earnest and never tried to contain his performance, Cagney is definitely one of the more interesting and endearing personalities I’ve encountered on the List, and it’s always at least interesting to see him at work even if the movie isn’t so much up my alley.

That’s how I felt here. Yankee Doodle Dandy is obviously a great movie, a charming musical with lots of pathos and catchy songs and a patriotic life-affirming vibe, and in that respect it kinda reminds me of How Green Was My Valley, John Ford’s Best Picture-winner from the year before (this, too, was nominated for best picture, but lost to Mrs. Miniver), which was also irrefutably great, showcasing tremendous talent in front of and behind the camera…but also just kinda dead in that respect.

I’ve never been able to find Norman Mailer’s Vanity Fair review of American Psycho, a controversial 1991 novel by Bret Easton Ellis, but I once heard Ellis talk about it and apparently Mailer’s gripe with the book was that it had no false notes. Everything was so precisely in-character, it was as though there were no authorial voice. And, in that respect, it might work as a very engaging and lyrical monologue but maybe not as a novel. That idea has always stayed with me: that there are certain kinds of mistakes and shortcomings that give a work of art its charm, its voice, its mastery. 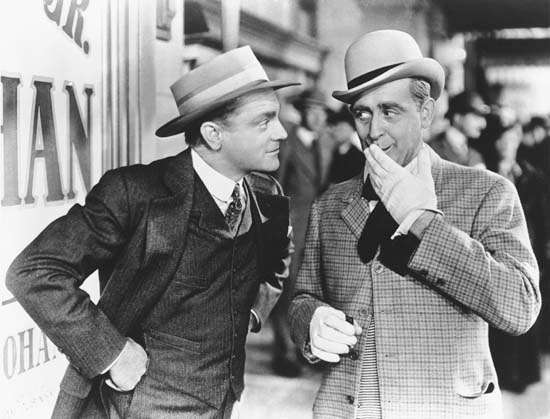 What might have made Yankee Doodle Dandee more interesting would’ve been if it felt personal, like the product of a filmmaker’s singular vision. Instead, it feels like an over-earnest tribute to George M. Cohan, the genius Broadway powerhouse whose esteemed life and career are chronicled herein, and who was still alive, slowly dying, while the film was under production. Filmmakers hastened to get it done so that they could show a completed cut of it to him and his wife before the film’s premiere, and they succeeded. And apparently he liked it just fine. But he also lived for the premiere, according to Turner Classic Movies, where attendees got in by purchasing, instead of tickets, war bonds of $25 or more. That premiere generated about $5,000,000 for the war effort. It also gave way to a slew of positive reviews that Cohan, on his deathbed, was also able to read and enjoy.

So even the story of its premiere and production are heartwarming. The movie itself is also trying to be inspirational in the way of wartime propaganda. George M. Cohan was awarded the Congressional Gold Medal by president Franklin D. Roosevelt not long before the film was made, so he was himself a patriotic figure, and then we get lots of footage of him performing for troops, of him getting a big head on account of his youthful success and then getting humbled. 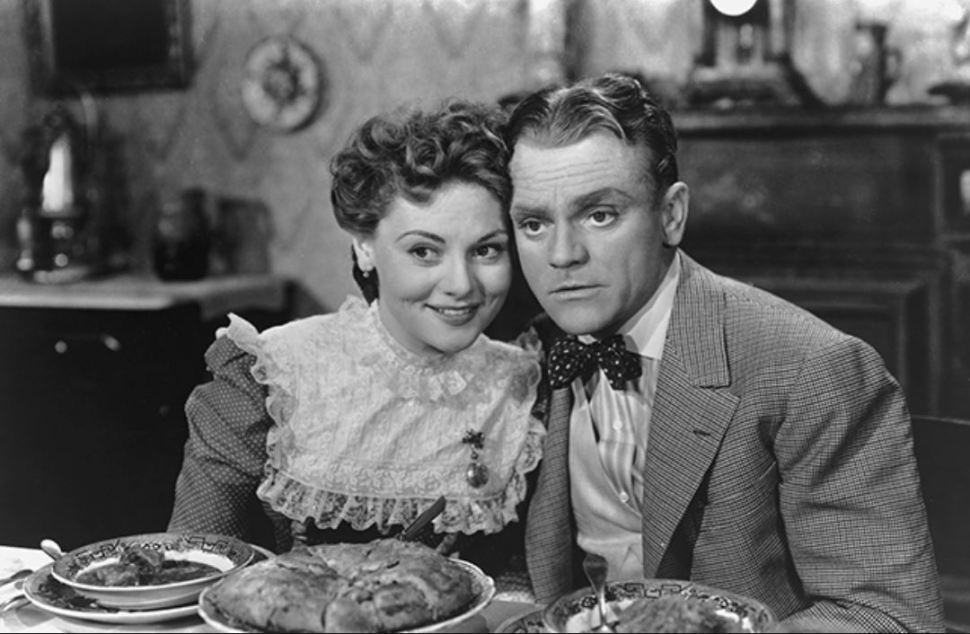 The story’s structure has him being summoned to a hilariously bare-bones set that’s supposed to be the White House – where there are no guards, the walls aren’t very decorated, and there’s a very plain staircase right in front of the entrance that leads directly up to the Oval Office, where FDR sits alone, unguarded, eager to ask the older Cohan about his life story.

So Cohan launches into it, talks for presumably a thousand years, and the movie ends with us back in the Oval Office just as he’s wrapping things up.

It was all just a little too peachy for me to care about. I’ve talked now about wartime propaganda in essays for The Mortal Storm and Sergeant York, and people’s unwillingness to watch a depressing movie during this moment in history is a factor in the productions of The Magnificent Ambersons and The Ox-Bow Incident, so I can definitely appreciate this movie within the context of its release date. Seemed like a moment in Hollywood history where we were never more mindful of a studio’s intentions with the films they released.

But otherwise, respectfully, I found this movie really boring and have no intention of ever watching it again. It’s one of the titles where I go off and do a bunch of research about its production because otherwise I’ll just have nothing to say about it. So, yeah. Sorry for the bore.