Hello Americans, the second book in Simon Callow’s four-volume Orson Welles biography, starts off with the fallout from Citizen Kane, which didn’t do a very good job at the box office (and would lose the Academy Award for Best Picture to John Ford’s How Green Was My Valley) but got some really incredible write-ups that made the whole world acknowledge Welles as the boy genius that the people in his orbit already knew him to be.

It feels like a fallout because even though he did a lot of interesting shit in the rest of his career, on TV and radio and film and in print, Welles’s ambition, his eagerness to engage, prompted him to spread himself so thin that the story of his career looks – at a quick skim – like a story of unmet potential. That’s partly to do with circumstances, and the fact that Welles did seem simultaneously subject to either enormously good or enormously bad fortune, but his behavior’s a big part of that too. And one of his biggest follies as an artist in general, something that haunted him for the rest of his career, manifests here, in The Magnificent Ambersons, for the first time.

He seemed incapable of seeing something through to the end. 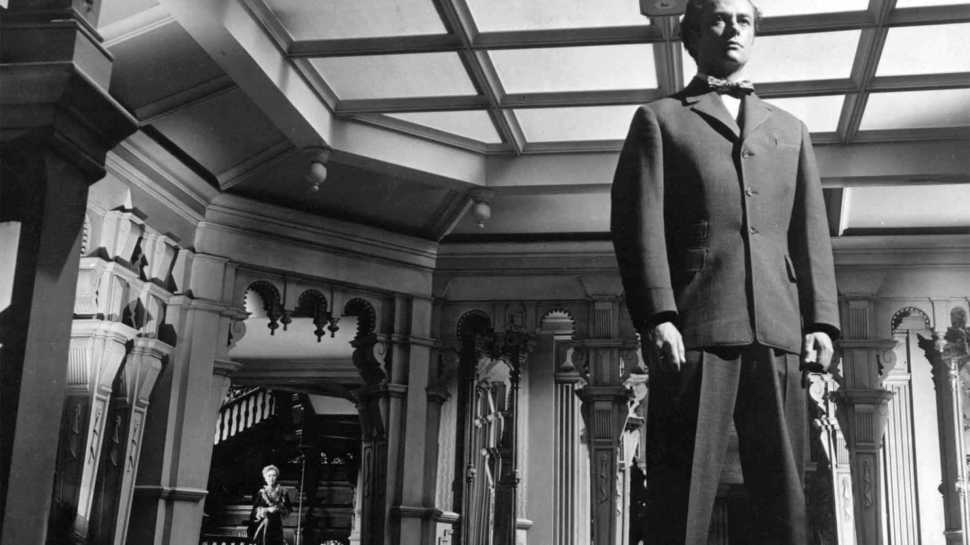 The glowing reception to Kane was so inspiring that, in the following months, Welles copyrighted something like a hundred titles for movies he wanted to make. Didn’t even really have stories for them (interesting bit of trivia I picked up from Hello Americans, apparently there’s a limit to the number of titles a studio can copyright in the space of a year). He was so certain of not only his genius but also of the industry’s loyalty, the idea that they’d always be there to support him with unlimited patience and cash, that he seemed to just throw some money down on a hundred little projects at a time, just enough to get them started to cement the existence of the idea, and would then rest assured that, eventually, he’d get around to following them through.

His decision to really go seriously into The Magnificent Ambersons, however, was definitely a sign that he was giving it more thought than anything else. A sophomore effort following a masterpiece of a debut is tricky and daunting and I think he was wise to choose Ambersons: it’s a good story about a spoiled young man sabotaging his mother’s love life, it’s got some relatable family drama that also seems to be Welles’s self-conscious commentary about his own ascent, it’s got a big cast of characters and covers a long stretch of time at the turn of the century. It’s the kinda project that, following a masterpiece like Kane, seems to say, “Yeah, seriously, I can do this movie thing.”

So he films it, everything’s good, and then, as part of the war effort, RKO studios sends him to Brazil to make a documentary about the richness of Brazilian culture. This was 1942 and the Allies were apparently worried that the Germans might cast their influence over a then-neutral South America – in which case the allies would be fucked. So the documentary was a gesture of good faith to the Brazilian government. Trying to stay in their favor.

But the documentary went to shit because Welles kept getting wasted and disappearing and fucking every woman he spoke to. Had seemingly zero control over himself. People on the crew started writing back to base to report that they just couldn’t get anything done. That he’d spend all day setting things up and then somehow nothing would end up happening (I feel a bizarre relatability in this, especially when I’m in the middle of a long fiction project, where I seem to be sitting down and logging about fifteen hundred words a day and yet, after a month, don’t appear to be any closer to the end than when I began).

While he’s in Rio, creating a disaster, he’s getting telegrams from the United States where Ambersons is being edited and then subjected to test screenings. The test screenings aren’t going well. A wartime audience is seeing this 2+ hour melodrama and while a handful of people are mesmerized by the genius and beauty of it, the presiding sentiment is that this is not the time for a filmmaker to be subjecting people to such a mopey movie. People are dying on the front lines and you want us to care about some spoiled rich people from fifty years ago?

So the editors are telling Orson that Ambersons has to go through dramatic cuts, the studio is demanding it, and they want him to oversee the editing. But he won’t. He could easily have played a larger role in the editing process, could have ensured the survival of what he’d made, but he was too caught up in being Orson Welles over in Brazil, the boy wonder with a bottomless budget and all the booze he could drink and all the sex he could stand.

Ambersons is recut to meet a certain runtime and, in effect, loses a ton of its power. Apparently the ending suffers the worst. Callow writes about it as a lost opportunity that didn’t need to be lost. And, from what I’ve read, Welles put lots of effort into finding the deleted footage decades later. When his search seemed to conclude that the footage was lost forever, he’s said to’ve wept.

But the movie isn’t bad. Far from it. You’ve gotta be up for a melodrama, and the pacing is maybe not quite what it oughta be, but the acting is terrific and Stanley Cortez follows Gregg Toland’s photography work on Kane with some really impressive shots (I’d say that, if the photography in Citizen Kane is unique for its creativity, the photography in Ambersons is unique for just how incredibly difficult and deliberate it looks). It’s one of the more powerful movies on the List to date. Feels like a capital-F kinda Film. Heavy. But not like it takes itself too seriously. Something about Welles’s narration, his voice in general, there’s always this touch of irony like he knows this is just a performance and he thanks you for sitting here with him while he tells his story. It’s the vocal equivalent of that famous smirk he flashes in The Third Man.

It’s just that the movie lives in the shadow of its legacy as like this tragically missed opportunity. That it coulda been Citizen Kane 2.0. The lore kinda obscures what the movie does have to offer. I’m interested to have another look at it in a couple years, especially now that I’ve seen Citizen Kane enough times to almost recite whole scenes. Part of me wants to divorce the two films in my head but I don’t think I can look at Ambersons outside of the context of Orson Welles.