Shortly before watching this I saw a neat documentary called But Film is My Mistress, sort of an interview/profile of director Ingmar Bergman. They interview a guy who’s a fan of Bergman’s work who resents the commonly-held impression that Bergman’s movies are elite, or like too cerebral to be fun. I haven’t seen much of Bergman, so I’m not sure how to defend or deny that, but Jean Renoir’s work definitely gives off that same vibe. Like the blue-collared need not apply.

Rules of the Game felt like homework through the first hour but the last forty minutes were wonderful, really funny and enveloping and beautifully-shot — a great time. But still: there’s a very sedated and mature feeling to it. Not boring, just…mature. It establishes to the viewer that you need to be focused on the movie right now, instead of relaxing in front of it — which, again, I’m not saying is a bad thing. It’s just a different way of watching movies from what most people probably tune to them for. 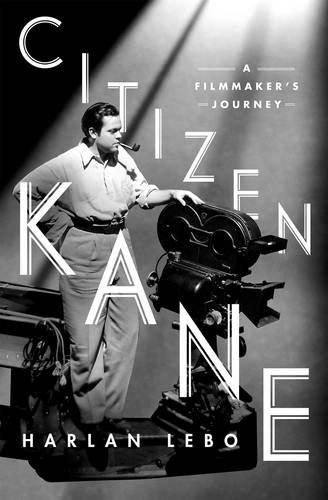 I just read this book about the production of Citizen Kane (book’s called Citizen Kane) by a guy named Harlan Lebo. He writes about how the movie was filmed and released, about the legal hurdles placed in Welles’s way by newspaper mogul William Randolph Hearst (on whom the story was kinda based), and how, ultimately (and for several reasons), the movie didn’t do very well at the box office. Nor, strangely, with the Academy Awards. But Lebo cites some theater owners in like the Midwest, and in the south, who all agreed that Kane was a great movie but, regrettably, it wasn’t the sorta fare that their clientele went to the theater for.

Maybe it’s established subconsciously by the grace of Renoir’s camera movements (heroic feats of timing, advancing several different storylines with long master shots) and the lack of action beats or quick obvious comedy. The subtlety suggests that there’s something going over your head, and it can seem pretentious to a viewer, make her feel dumb.

Rules of the Game is about a bunch of people meeting for a party at some huge house in the country and, over the course of the night, tangling up their various love affairs. It’s billed as a comedy but deals with some heavy themes and evokes some heavy feelings (at least for me it did). Especially the character of Octave, played by Renoir himself, who’s a totally bubbly delight until the last act, where he goes from avuncular to brooding in what seems like a heartbeat. A display of some remarkable acting skills.

Counseling a character who’s despondent on account of unrequited love, Octave assures the man that his heart will recover, slowly but surely, until “one day you’ll wake up and notice that the concierge’s daughter has very pretty eyes.” Something so wise and resigned about the delivery, the wording. Thought it was moving.

Nearly all of the one-on-one conversations, particularly between men and especially toward the end, where they commiserate about heartache, failure, longing and other stuff, really moved me. It wasn’t even necessarily the profundity or insight of what they said — it was just how they talked. Everybody’s woundedness and the movie’s underlying sense of hopefulness. Like with Renoir’s delivery of the line about the concierge’s daughter: that as terrible and despondent as you might feel — one day, inexplicably, you will wake up and find yourself ready to love again. There’s this mutual confusion and helplessness between the person giving advice and the person receiving it. Like they’re both a bit mystified by the cycle of things.

My favorite musician (maybe “lyricist” is more accurate) is Leonard Cohen and, of course, I’m a huge fan of “Hallelujah,” which I think is the universal anthem of heartbreak and perseverance (even though some of the lines are vague to the point of incoherence), but I’m also enamored of his overall body of work and how he handles these same themes throughout his career.

“I’ll meet you at the other side / of sorrow and despair / with a love so vast and shattered / it will reach you anywhere.”

“I know your burden’s heavy / as you wheel it through the night. / Some people say it’s empty, / but that don’t mean it’s light.”

I’ve already rambled about Leonard Cohen in this Project, and I should leave it at that, but this attitude he’s always preaching — about the beautiful, painful, baffling cycles of life and love — was a motivating and consoling force a few years ago, when I was caught up in similarly hopeless romantic jangles as the characters here in Rules of the Game (you’ll find some details in the piece on The Crowd) but it’s really helpful today, too, with the biggest concern on my plate being the lamented publishing game, querying agents and getting shot down. It’s a huge blow to my pride when it happens, discouraging as hell, but I keep plugging away at it, dismissing the insult and the odds. Not sure how or why. Knowing when I reach out to an agent that the odds are against me, that I’m setting myself up for a rejection slip that’s gonna put a cloud over my head on the day I get it, hamper my productivity.

But I keep going toward it as though, one day, I’ll wake up feeling the same way as I do about the concierge’s daughter.