I’d never seen this movie before, and neither had Bob or Lynda, but we’d of course heard of it a million times and seen clips and stills of it, parodies, and so when they invited me over to watch a movie from the List the other night, after Lynda made everybody heavy with curry-soaked cauliflower, we decided to watch it finally, belatedly, and we drank throughout and discussed as it went and by the last scene we were all pretty well convinced that we hated it. Not sure what we were expecting but, seeing as both Bob and Lynda are lawyers, I think I suggested it expecting a good court drama wherein Jimmy Stewart, the titular Mr. Jefferson Smith (the sort of garbling, earnest, aw-shucks role that Stewart played so well), fought corruption in the Senate from start to finish. A talkative drama like Twelve Angry Men. Something with intrigue, ambiguity, nuance.

But no it’s pretty black and white. The good guys are as clear and pure-hearted as the villains are smarmy and treacherous, and the Senate floor drama mainly unfolds in the third act alone after a long line of tedious scenes declaring that hey this Jefferson Smith is a real straight shooter and wouldn’t ya know it politics is no place for an honest man. 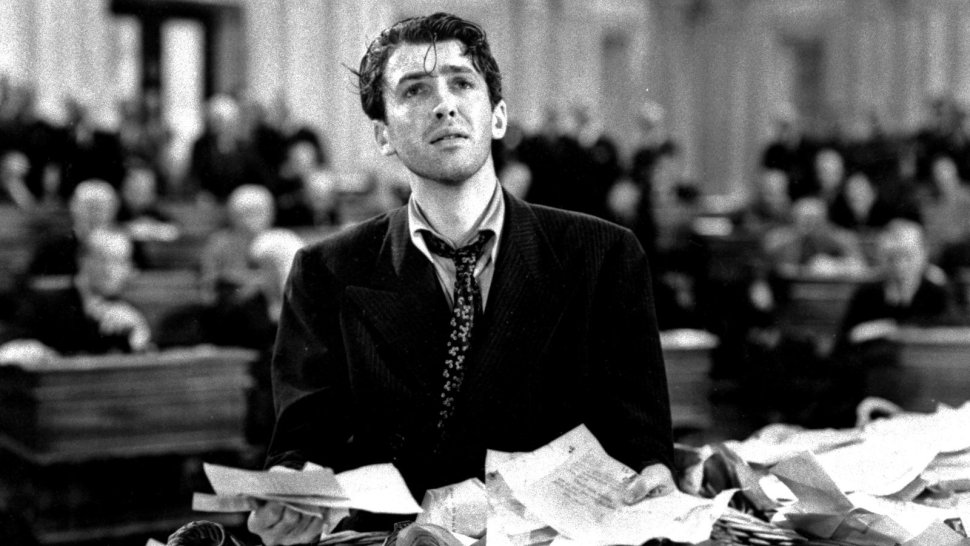 Coincidentally, a few days after watching it, my dad told me that his colleague, also a lawyer, just watched Mr. Smith over the weekend, at his mother’s behest, for the first time in his life.

And apparently he’s not alone. Mr. Smith Goes to Washington was nominated for ten Academy Awards, including Best Director for Frank Capra, Best Actor for Stewart, and Best Screenplay for Sidney Buchman. It won Best Original Story (whatever that means) and it proved a triumphant notch in the belts of all involved — mostly Jimmy Stewart, who might be best remembered for his turn here, in Smith, as he is for the follow-up film he did with Capra, It’s a Wonderful Life. But Smith is also considered a testament to the director’s genius. And I’m not sure I understand that genius.

Frank Capra directed two other movies on the List up to now, The Bitter Tea of General Yen and Mr. Deeds Goes to Town, both of which are fine movies, with serious and timely stories that feel mature not just in their handling of weighty subjects but also in their very deliberate pacing, the stories progress and the characters develop (more so in General Yen than in Deeds), but neither one struck me as particularly special. I’d normally say that this might be an issue of personal taste but, noticing the polar opposite reactions between the grouping of Bob-Lynda-Alex, who dislike it, and the grouping of Dad’s middle-aged colleague and the 1938 Academy of Motion pictures, I figure there’s a good chance that this might be a generational difference. maybe something to do with age, maturity.

That aforementioned timeliness, though (i.e. it’s pertinence to Depression-era concerns), does seem to work to the movie’s favor. There’s a lot at stake. The story of political chicanery is smart and believably complex (to the point that my friends and I paused it more than once to discuss the story and re-orient ourselves), but there’s also a…peachiness to it, a feeling that the world being depicted here is governed by a heavenly sensibility not so dissimilar to Smith’s own: the forces of good, if they persevere through adversity, will invariably triumph over those of evil. In this case, the force of evil will be so touched by the fortitude of the good man’s purity that it’ll become ashamed of its behavior, and convert.

It’s a good movie, strong and smart, but I just don’t like it.