Camille is a good romance, sweet and charming, but it’s also really upsetting, probably more of a bummer than an uplift, not just because of its tragic ending – where something approaching catharsis is achieved in the moment before a key character’s death – but also because this too belongs to a trend among 1930s romances where it seems like the harmonious union toward which our heroes aspire can only be achieved by ruining a pre-existing relationship. We see it here and in Queen Christina (although that one technically shows Garbo sacrificing a prospective husband, a powerful suitor, in exchange for her civilian heartthrob), Peter Ibbetson, Top Hat, Swing Time, It Happened One Night, Love Me Tonight [editor’s note from the future: it also happens in Bringing Up Baby, Philadelphia Story, The Awful Truth, His Girl Friday, Dodsworth, Stella Dallas, Gone With the Wind, The Palm Beach Story, Casablanca, The Man in Grey, Laura, and Brief Encounter]. It creates drama, sure, that a poor-to-moderate relationship needs to be broken up to make way for the newer one (which is made to seem more passionate and fulfilling), but it always makes me wonder if the consummation of this new love affair, its consecration in pages of God & Law, won’t just condemn it to the same fate as the last one.

Like with Camille, for example: Greta Garbo is in love with Robert Taylor and vice versa. She calls him the romance of her life. But she’s gotta bail from her current lover, the deep-pocketed baron, in order to be with him. Well let’s say she does that, hypothetically. Ditches Baron Fuckface and makes for the sunset with Bobby. Who’s to say that, ahdunno, Clark Gable won’t be waiting on the other side of that sunset to steal her away from Robert Taylor? Or maybe Marlene Dietrich to steal Robert’s heart from Garbo? And then on and on. Riding off into sunset after sunset with lover after lover, accumulating baggage, leaving a legion of the brokenhearted in your wake.

It makes sense that this shit keeps ending in death.

Camille is a typical English countryside romance. Chaste and dramatic, very mannered, the sets and costumes all very elaborate and pretty. It’s not for me but I’m aware and appreciative of its allure. I guess if anything held my interest throughout, it was Greta Garbo herself. In the theatrical trailers for this, and for Queen Christina too, Garbo is given more than just top billing; her name and face are flashed and streamed across the screen above and beyond even the title. 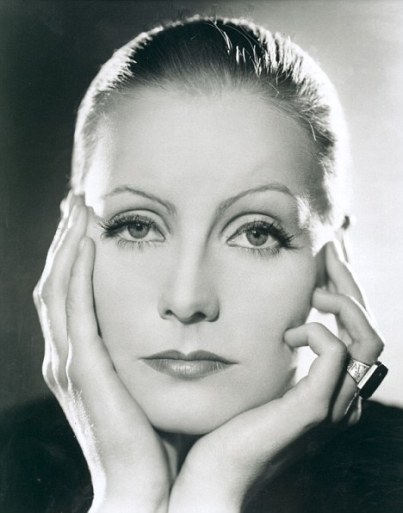 I’ve read that Charlie Chaplin was the first international movie star, his fame probably taking off fifteen years prior to this, so I was wondering if the idea of celebrity culture, such as we practice and kneel to it today, was still just taking shape – and, if so, was Garbo the first really huge, luxurious, female superstar? Like a proto-Liz Taylor?

Whatever the case: she’s a great actor, beautiful and compelling and nuanced, but neither she nor anybody else on the cast, and certainly nothing to do with the story, compelled me at all.