I thought I would hate Queen Christina because it’s a period piece, taking place in like the 1700s, but I liked it. Kinda weird to say this but I did feel some kinship with the queen herself (Greta Garbo) who for the most part is a great leader – I didn’t relate with that part – but also, secretly, resents the amount of responsibility that comes along with her title.

She was made ruler as a child, when her father died in battle, and it seems she got straight into the swing of learderly self-abnegation, a compassionate decisiveness; authoritative without be authoritarian. She’s the shit. But now, in what I’m guessing are her late 20s or early 30s, she’s gotta make a choice between her own happiness and the kingdom’s prosperity. There’s this one scene, discussing it, that rang my bell. She’s talking with an advisor. He’s discouraging her from pursuing marriage with anybody but this particular other head of state, whose hand will benefit political relations, and the Queen says to him that her life, her happiness, is all she has. The advisor responds, “And that’s what you need to give up.”

So basically what I’m taking from that exchange is the idea that, if you’ve got a calling, you need to surrender everything to it. This is more rigid if your calling is toward governance as opposed to, say, bartending, or styling hair. But it’s an interesting idea because it begs the question of what determines one’s calling.

Let’s say you’re born with a spectacular knack for math and science. You’d be a masterful surgeon or physicist. But, at the same time, you really love flowers. You wanna be a florist.

The popular idea is about how a person ought to live their life is that you strike some sort of balance between the two callings, be a life-saving surgeon until noon and then arrange flowers on nights and weekends; or, failing that, pursue your bliss 100%. 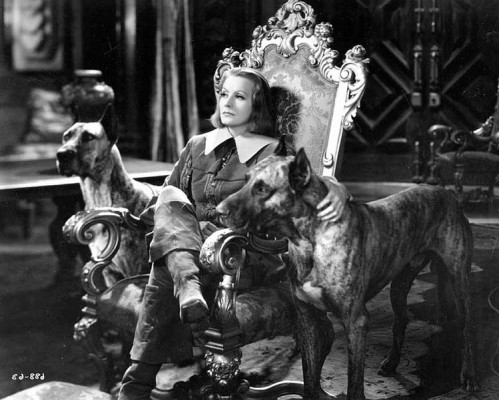 But chase your bliss at the expense of what? The Queen’s situation here is that she’s found love with a man whose hand in marriage would yield no political gain for the kingdom (save that its ruler would be a happy one). Her subjects are pissed. She’s being pressured to marry royalty instead. There’s a lot at stake here.

Let’s say that my “calling” is writing (though we’ll explore the legitimacy of that in a moment) and I’m 100% dedicated to that pursuit. Well for now I’m not hurting anybody except myself (and my dad’s wallet) by not getting a full-time job and instead just fcusing on how I wanna chase that dream. But what if I hadn’t discovered writing until I was married, and had a kid? Now I wanna devote myself to this unambiguously spot-on vocation – but what about these two people who depend on me? (I’ll be the bread-winner in this hypothetical.) How adamantly can I pursue my calling if doing so puts a strain on their comfort? What if it starts putting a strain on necessities? If the grocery money has to go down by 5%? Is it fair, at some point, to ask the child to sacrifice for the parent? How about asking a group of people to sacrifice for their leader (which isn’t exactly The Question of the movie here but, looking at it through this lens I’m shaping, I found it more interesting).

But then there’s the question of what makes a calling. Is it better said that your Calling is to do the thing at which you’re most proficient? Like say you don’t necessarily enjoy weightlfiitng, but you happen to be the strongest man on the planet – should you at least take a shot at competitive weight lifting just to show what the human body can do?

Or is your Calling to do the thing that you alone can do exceptionally well and that has the potential to help a lot of people out? Let’s say you don’t enjoy chemistry, but you’ve got a weirdly prodigious eye for seeing how certain compounds go together and thus, conceivably, have the potential to cure diseases – should you at least give medicine the old college try?

Or is your Calling just to do the thing that brings you the most pleasure? 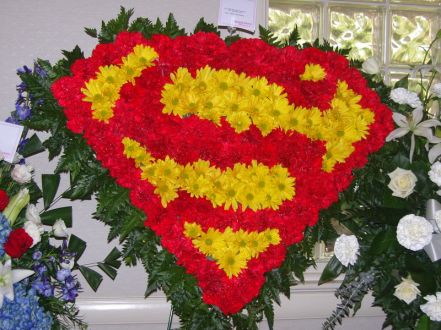 Like if Superman was real. And he decided to be a florist. Then one day some kind of toxic sludge demon started showing up, lots of em, all over the world. It’s gonna be a full-time job for whoever tries to handle this demon situation. Well is it fair of us to go to Superman and say, “Hey, I know you dig these flowers, but you’re the only one who can beat these demons and so we need you to give up your business and devote yourself to this thing instead.”

Superman could rightly say, “No, I won’t do it, this job is my Calling.”

In response to which we, with arguably equal legitimacy, could say, “Dude you can fucking fly and throw trucks and shoot lasers out of your eyes. No. Your calling is not to make floral arrangements. It’s to fight demons.”

Anyway. Queen Christina is an alright movie. Not sure I totally understand Greta Garbo’s allure, though.”