This is my third time seeing Howard Hawks’s Scarface since college (a strange middle school period sat me in front of De Palma’s 1983 remake almost daily) and while I’ve liked the movie a little bit more each time – mainly Paul Muni’s rounded, menacing, infuriatingly persuasive performance as the titular psychopath – I still don’t think that it’s a masterpiece, as it seems to always be regarded, but it’s definitely iconic, and fun to watch, and probably more accomplished as an action movie than a gangster movie.

I live in Miami, where Brian De Palma’s remake of Scarface takes place, and while I think that the 1983 version, with Al Pacino replacing Paul Muni, enjoyed a nationwide renaissance on its 20th anniversary, with retrospectives at art cinemas and a special-edition DVD boxset, gaudy as hell, wherein the movie was packaged in a cigar box, lined in red velvet, and might actually have come with a cigar (not sure about that), the renaissance was felt nowhere more poignantly than down here, in Miami. De Palma’s Miami is replete with pastel colors and art deco and white suits – it’s not exactly familiar.

Actually, having been born in 1991, it’s nothing I ever saw on the street. Still, it struck a chord with locals just to know the movie was set here. People’d take pictures of this or that spot on Ocean Drive, where Tony shot that guy in the head, on their Razor cell phones and put it on MySpace. Talk about it like great history.

But the remake was different from the original because De Palma’s Tony (switched, here, from an Italian background to a Cuban one), for all of his cruelty and vanity and hatred and greed, won his (belated) audience because the idea of his being a self-made guy, the idea of a guy coming up from nothing and forging his wealth out of ruthlessness, seemed to eclipse – certainly in the eyes of middle- and high-schoolers – those other, uglier qualities. May’ve even ennobled them, depending on who you ask.

It might have been inevitably that a modern Scarface proves more sympathetic than its forebear, a figure of the more censorious 1930s, because director Howard hawks begins his version with a series of title cards denouncing the protagonist.

This denunciation was deemed necessary because the movie, in every other respect, is a great achievement: sexy, fun, exciting – it seemed, like any other enjoyable and vivid portrait of a lifestyle, to be an endorsement. The Hays Code was already in effect and, to make sure that censors didn’t kill his movie, Hawks had to frame the action within an indictment. Had to add the Shame of a Nation subtitle, and slide in some awkward scene wherein concerned citizens discuss how they might influence their government to put a stop to this menace.

Then there’s the issue of the ending.

It seems obvious that Tony has to die, like Tom Powers (Public Enemy) and Rico Bandello (Little Caesar) before him. There was a bit of a fuss about how he would die, though. Hawks fought the censor notes that insisted Tony be killed as a coward, but ultimately gave in. Tony dies squealing, running, desperate and afraid.

The development of movies like Scarface: Shame of a Nation falls into lore and consequently it becomes way more difficult to find an account of what happened that isn’t contradicted by another. Such is Hollywood. Such is history. What we do know for sure is that Hawks went through hell with censors, and that Scarface sat on the shelf for several months while he worked things out. 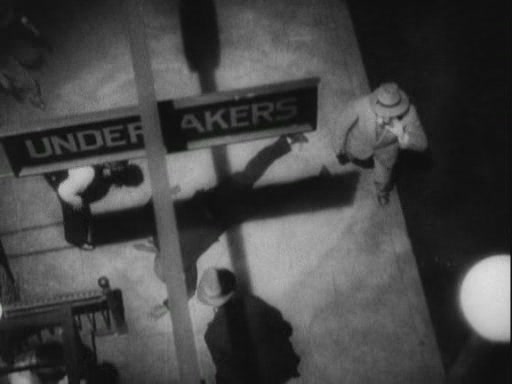 One of the biggest delights in going through the List so far has been unravelling the narratives behind movies that had to fight their way into existence. Nosferatu and Greed are a couple others. The Passion of Joan of Arc being salvaged from a closet. The story behind Scarface’s production reads like the beginning of an era. Sure, other movies from the ‘30s, up to here, have notable omissions cuzza censors, but it’s the details of Hawks’s fight against those censors that reveals their strength and, in a weird way, pliability.

It’ll be interesting to see where this goes.