A few months ago, when Friday was my day off, I started this ritual of of going to a bar at like noon and then drinking and reading or writing until maybe 1:30, 2:00, and then I’d go to an early showing of whatever movie had come out that day. It was pretty nice for the five months I was able to sustain it. But there was this succession of weeks over the summer, I don’t remember how many, where it seemed like there was nothing in theaters for adults. Everything was animated. But I was obstinate about my Friday routine and kept forcing myself into theaters. Finding Dory came out somewhere around here and of course nothing too interesting came out alongside it. Nothing could compete. Certainly not at the little family-oriented theater by my house. If you were going to the movies that weekend, Finding Dory was basically the only option. So, that Friday, I had like three beers over the course of a couple hours and then walked over to the theater. 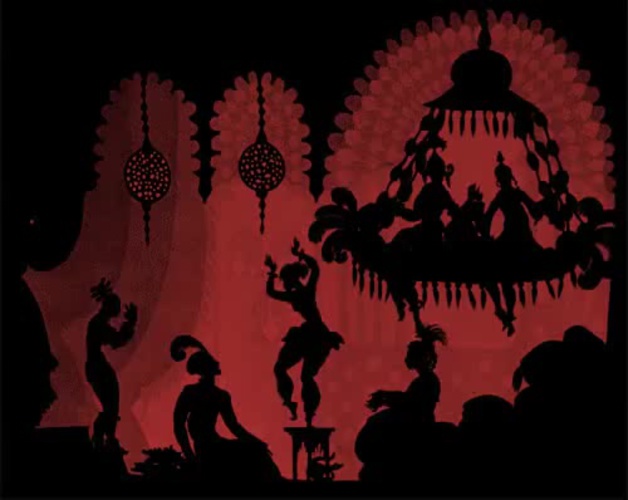 The next showing was 45 minutes away. So I bought a ticket, even though I felt like this was a sign that I shouldn’t spend money on a movie I had no interest in seeing, went back to the bar, had another beer, and then returned to the theater at showtime. It was packed with kids, the small kind, so I sat down way up in front, away from everybody, and started hating myself immediately, hating this room, and then the movie started and, with four beers in my system, I fell asleep almost immediately. When I woke up just around the ending I walked out, angry with myself, angry about having spent this much money and about the movie being uninteresting and about the kids being loud and so on.

What I was really doing – and I think I had a sense of this even at the time – was just being a grouchy drunk. I was a solid year into having my work rejected by agents (nearly a hundred to date), I was unhappy about my income and my home situation (certain aspects of my parents’ divorce were still being kept a secret and so the tension and misery and perpetual crying of basically everybody involved was at its peak). Everything was just kind of shitty and so I was drinking way more than usual and trying to stay away from home. Really difficult to please.

So even though I realize that my issue with Finding Dory wasn’t really about Finding Dory, and that the movie itself is probably fine, this aversion to animated movies has really stuck with me. I think I’d be content to never see one again. Kids’ movies in general. Feel-good stuff. I can’t get excited to see a movie that basically guarantees a happy ending and clean fun from start to finish. What’s at stake? You see that they’re rated PG for “sequences of peril” but then those sequences never culminate in violence or calamity – not that they need to, I don’t need to see Babe put on a spit, but what’s the point of even seeing a movie if you know nothing’s gonna happen? And yes these movies might be very sad at parts and might make me cry, and there are plenty of examples of kids’ movies that end on horribly depressing notes, but for the most part they play it pretty safe.

So while I think that The Adventures of Prince Achmed is very beautiful and even remarkable at parts for what I can only imagine was the phenomenal difficulty of composing some of these scenes, I can’t say that I enjoyed it, or that I’d recommend it to anybody, because I just don’t have a taste for this kinda thing and, pretty as it was, I was checking my watch all throughout. 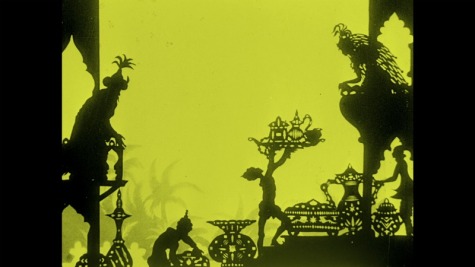 I don’t even know how to talk about this. It definitely looks like this must’ve taken forever to make, which I admire, and the story’s alright. Took umbrage with Achmed for kidnapping his love interest and basically holding her captive until she loves him back, but…ahdunno.